After the civil war that started in Syria in 2011, many people had to migrate from where they were. These migrations took place intensively to Turkey, which is the border neighbour of Syria. Turkey has not prevented these migrations from the very beginning, on the contrary, the government has developed a policy that embraces and tries to protect Syrians with its approach to the issue. Similar to his approach, he tried to establish the relationship between Turks and Syrians on the concepts of Muhacir-Ansar. In this direction, much news has been made in the media about this issue over the years. What each news tells varies according to the institution in which it is published and the ideology of the audience addressed by the institution.

The concept of ideology can be summarized as a group’s belief system. However, the definition of this phenomenon has been made in different ways by many thinkers. According to Marx, ideology is a belief system that contains false ideas belonging to a certain class. Althusser, on the other hand, defines ideology as a device that operates the sanction mechanism of the state’s oppressive apparatus. Media organizations are in a position to contain, at the same time, express and disseminate the ideologies of the government and various other groups. At this point, by applying the critical discourse analysis approach to the news about Syrian refugees dated 15 November 2016 by Sözcü Newspaper, which is not among the media institutions that the current government uses as a tool to spread its views, ideology, and policies, but opposite it, on the Syrian refugees, we analyze the underlying text of the news. we will try to understand and read the ideological approach, how language is produced, and the general message that is intended to be given.

Sözcü Newspaper, which is the subject of the study, is an opposition newspaper known to be anti-government, nationalist, and secular-minded. On the issue of Syrians, Sözcü Newspaper displayed a stance against the government. To be examined, “Syrian Birth Rate Overtakes Turks!” The news title was published on November 15, 2016.

“Mehmet Ali Torunoğlu, Deputy Chairman of the Public Health Institution of Turkey, gave information to the Parliamentary Subcommittee on Refugee Rights regarding the Syrians who took refuge in Turkey. Accordingly, the birth rate of Syrians exceeded that of Turkish citizens.

According to the news of Bülent Sarıoğlu from Hürriyet, Torunoğlu stated that the number of registered Syrians in Turkey is 2 million 753 thousand, as follows:

The EU will provide 348 million euros to the UN order for Syrian refugees in Turkey. From 2011 to the end of September 2016, more than 20 million outpatient services were provided to Syrians. 967 thousand Syrians received inpatient treatment. Around 824,000 surgeries were performed. During this period, 177,000 Syrian babies were born. In the last year, 70,000 Syrians gave birth. Emergency health care was provided to around 35 thousand wounded Syrians who were transferred from the border. The bill for these services provided to Syrians is approximately 600 million TL. With the funds of the European Union, a 300 million euro project was created for health services for Syrians, and 120 million euros were received. A significant part of the Syrians who took refuge in Turkey is children and women. Demographically, the population is predominantly young.

Atay Uslu, Head of the Refugee Rights Commission, also stated that the number of asylum seekers in Turkey has exceeded 3 million, along with 300 thousand foreigners from other countries. Uslu said, “Turkey is the country hosting the largest number of refugees in the world. As of today, more than $25 billion in humanitarian aid has been provided.”

In the news, it was first stated that the birth rate of Syrians exceeded the birth rate of Turks, and the registered Syrian population in Turkey was stated. Later in the news, the statements of the vice president of the Turkish Public Health Institution were included and the health services provided by Turkey to these people were explained and the money spent for these services was also stated. The birth rate of Syrians, which is the main event of the news, has been placed in a very negative frame together with the other data given. The bill for these services given to the Syrians is approximately 600 million TL. His statement is of a nature to trigger hatred and anti-immigrant sentiment against Syrians.

Picture of the News

In the news, a photograph of two women with a veil and a baby in their arms was used. This photograph is a clear presentation of the message to the reader. Considering that the newspaper’s audience has nationalist or secular views, this photo strongly supports the idea that Syrians are a threat to the values and views held by its readers. The photograph showed integrity with the theme of the news. 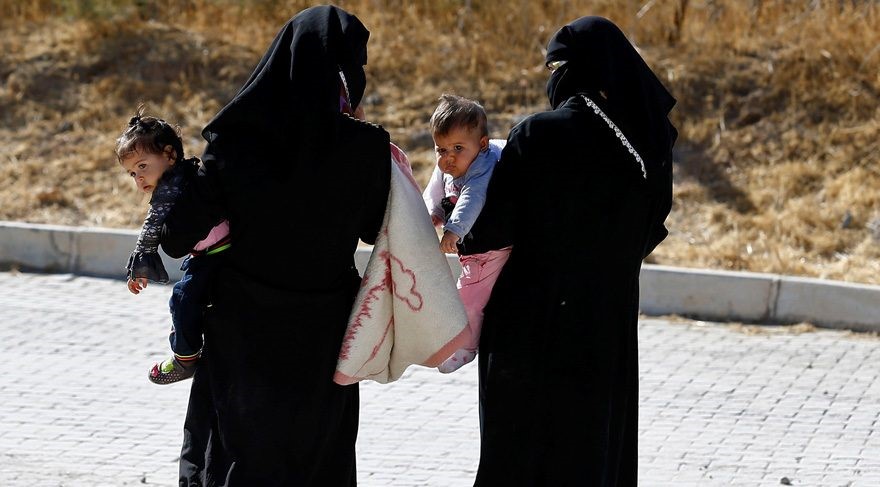 News Language and Its Structure

In the news of the newspaper, words that would create a positive approach in the society for Syrians under temporary protection in Turkey were not used. Of the immigrants, “…The birth rate of Syrians has exceeded that of Turkish citizens.” and “According to the news of Bülent Sarıoğlu from Hürriyet, the number of registered Syrians in Turkey is 2 million 753 thousand…”, they are only referred to as “Syrians”. No words were used to refer to the situation they were in. In the last part of the news, the health services provided to Syrians were mentioned and it was emphasized with the word “invoice” used in the sentence “…The invoice for these services provided to Syrians is approximately 600 million TL”. This narrative gives the impression that the money came out of the reader’s pocket. In part of the news, sentences are long sentences that contain statistical information and are descriptive. Other sentences are short and clear.

The Rhetoric of The News

The published news was shaped by the ideology of the newspaper, as expected. When we look at the news, there is no open hate speech against immigrants, but the news is written in a way that creates anti-immigrant or a negative opinions of the readers. The source of the news was based on the Turkish Public Health Institution, it was clearly stated that the Syrians were a financial burden on us and it was presented as a threat. We can say that the news is far from being objective and aims to oppose government ideologies and policies. The news photo was chosen to complement and support the news text. Considering that the readership of Sözcü Newspaper is the anti-government opposition group, we can say that the news has the potential to create a reactive approach towards immigrants in the reader.

In conclusion, we cannot say that there was a clear anti-refugee bias in the news. But the news carries messages that will create similar ideas in the reader. Considering that we live with these millions of people in our country, it would not be wrong to say that such news has the potential to affect society in the long run. However, we cannot say that the aim of this news is purely anti-immigration. Because the content produced in the printed or visual media in our country is shaped around the ideology of the media institutions. Since Sözcü Newspaper is also a newspaper against the government and government ideologies, the news aims to oppose the immigration policy of the government, and therefore to oppose the government. 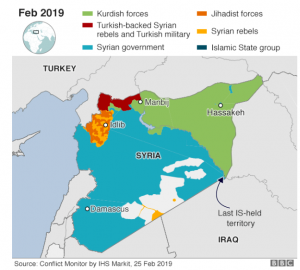