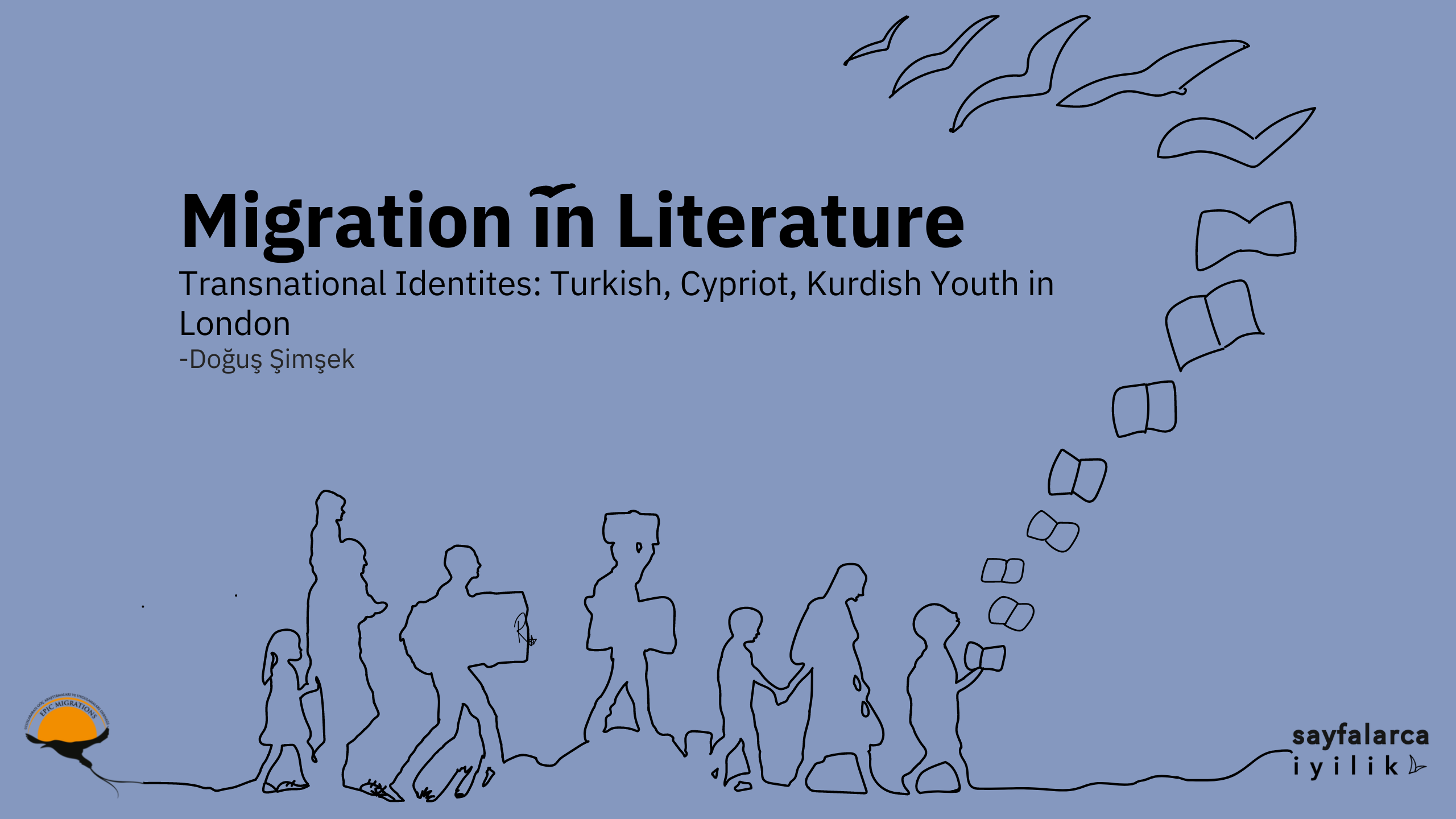 Neither Belong Here nor There – Işıl Öz

Migration types changed nowadays with the influence of globalization and extended across the definition “the constant movement of people from a nation-state to another”. Thus, researchers who work in this field started to identify international migration as “A multidimensional process that summarizes various connections between those who remained and those who left”. It is unreasonable to say these improvements in migrant and migration definitions will influence the structure of the 21st-century diaspora societies. In this context, it is certain that migrants’ children -aka the second generation in the host country- are different from those diasporas who settled in the host country permanently. The meaning of the word diaspora continues to be a controversial topic, but it is mandatory to set some boundaries for a term that is defined to be as flexibly defined as being seen as a synonym of “ethical group”. Even though it is mandatory to set boundaries for the term, one thing is certain: “diaspora” falls short of identifying the second-generation migrants.

The difference that distinguishes second-generation migrants from the previous one is that they maintain their lives in a transnational society that involves their bond with both of these countries and their experiences in both of them. In the context of this difference, the issue of the formation of transnational social environments that are beginning to appear more frequently in the literature not only brought a breath of fresh air in migration studies but changed the way international migration is seen and studied from a conceptual and methodological point of view. The book discussed at the meeting moderated by Betül Karaca from Readings on Migration group was Doğuş Şimşek’s “Transnational Identities: Turkish Cypriot, Kurdish and Turkish Youth in London”. We read it from his narrative. He questions the concepts of identity and transnational migration based on the experiences of interactions with two or more countries of Turkish Cypriot, Kurdish, and Turkish youth in London. While living in a period when personal experiences that come along with individualization are very prominent, he asks how accurate it is to study the concepts of identity and belonging under a nation-state.

Immigrant children have always felt squeezed between the cultures and the languages of the country they live in since they were born. Even though it would take seconds for their parents to answer the questions under the titles of belonging somewhere and identity, it is complicated for them. These children were born in countries their parents migrated to. So, they shaped their social relationships there. Doğuş Şimşek shows us the colorful and mixt lives of these children cannot be restricted by the definition of identity that is formed by a collective point of view and is considered unchangeable. He made it possible to witness the way they identify their identities in society firsthand thanks to the one-on-one conversations he had with Turkish, Cypriot, Kurdish migrants’ children.

The book is the translated version of Doğuş Şimşek’s doctoral thesis. That’s why the first chapter of the book contains technical information about the concepts that are mentioned and questioned in the following parts. Some of the important emphases that are focused on in the book are the transition from the diaspora concept to “transnational migration”. The book mentions the role of globalization under transnational migration a lot and this sets up a substructure for the following chapters by providing a better understanding of that transition process.

To understand and analyze the identity formation of migrants’ children and where they put themselves in the society better, we should have the knowledge of the cause of migration of first-generation migrants and their adaptation to the society. It is known that Cypriots migrate to London for economic reasons, Turks migrate to London because of the required recruitment of Turkish employees, and Kurds migrate because of internal problems in Turkey. At the same time, when we compare these group adaptations to society depending on the period of their migration, we see that there is a possible expectation of cooperation between them because they are migrants far from their “homeland”. However, this social solidarity has not become true because of the agroupments they caused.

Another topic that is discussed in the book is the impact first-generation families have on the identity formations of their children. The first generation cares about homeland, belonging, and identity much more than the second generation and fears for their children becoming “English”. We can see that migrated families try to pass on the traditions of their homeland to their children and this behavior sometimes cause conflicts between them and their families. Besides different expectations from each other and the lack of communication between generations, the difference in language and cultural practices also cause conflict. At this point, the most important takeaway would be that both generations have formed transnational connections for different reasons. While families formed this connection culturally and traditionally, migrants’ children formed it spiritually. For migrants’ children, another important influence on their connection with their homeland is associations. The book informs us about the role of associations and helps us look at them from a different point of view. We see that the main purposes of associations are helping migrants to adapt to society, increasing their ethnic and cultural practices, and spreading their political ideologies. So, only those who share the same ideology join those associations and this creates a limited social network within their communities.

The book shows us different points of view and there is a lot to be noted. One of the important takeaways from the book is that most of the migrants’ children see their identity as changeable and cannot identify themselves with a single identity. However, since the concept of identity is usually associated with certain, stable definitions and belonging, it falls behind in meeting the colorful and various definitions of the youth. Although this situation generally suggests that this generation is experiencing an identity clash, it also causes this generation to be seen as a lost generation. In “Transnational Identities”, it is revealed that this generation has not been lost, but rather has many social identities that they have formed through experiences blended with more than one culture. This here is richness.