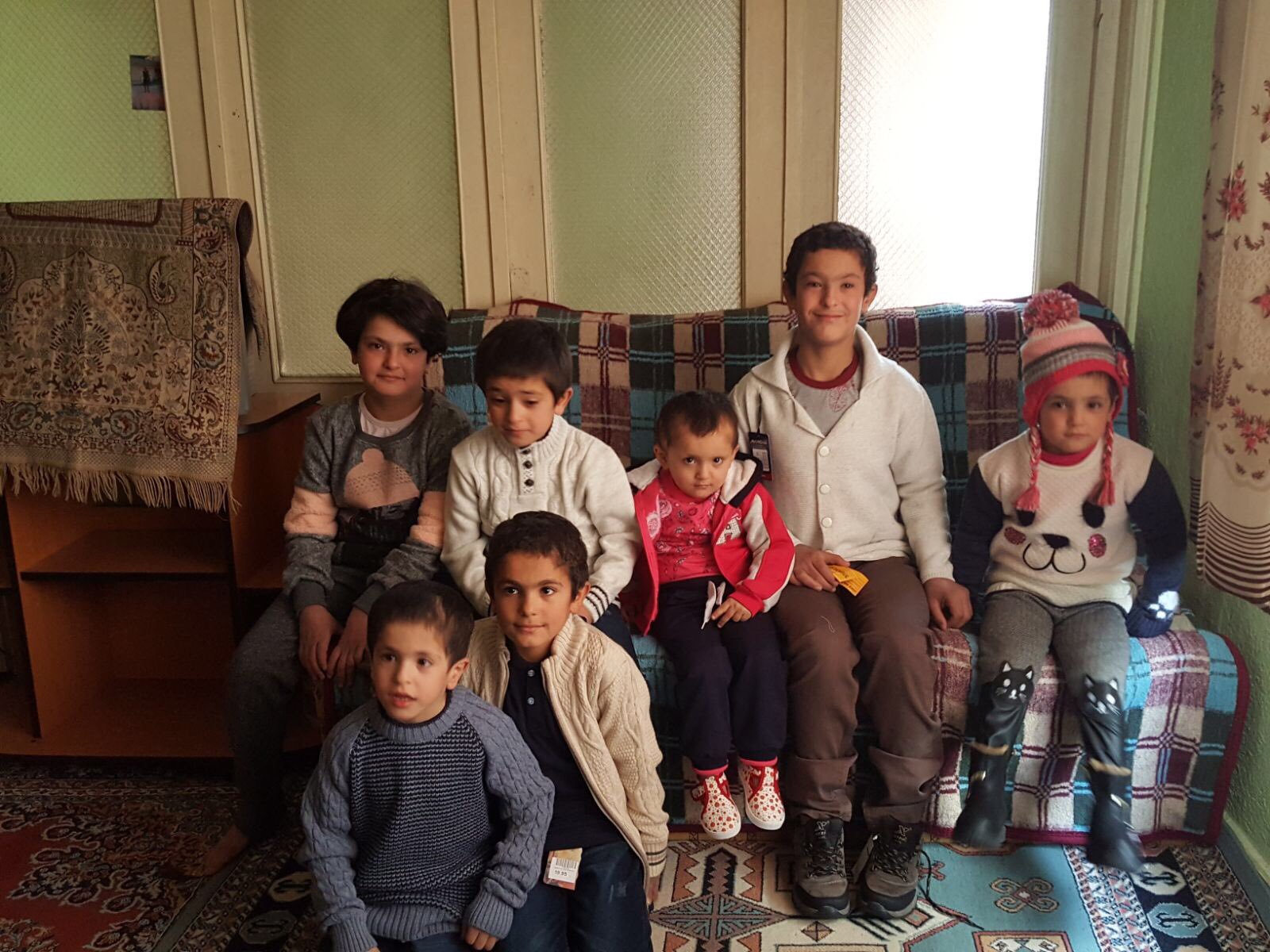 My name is Emine. I am 32 years old. I was born in Syria. I got married in Syria and lived there until I turned 32. I have 7 children. Believe me, nobody can understand me. My life turned upside down after my husband died. After that, I had to struggle hardships of life with my children alone.

I was born in a village of Syria. My father was a farmer and we had some animals. I had one older brother and four younger sisters. We grew up together in a little house. When I was 17, I got married with my cousin who was the son of my aunt. We grew up together. His family’s financial situation was better than ours. He loved me and I loved him too. After we got married, we moved out to a city and my husband opened barber shop there. We had a lot of dreams. While I was pregnant to our first child, I was 18. Time flied, our family increased. Everything was amazing. However, one day, suddenly, we were included in a war.

We woke up with a deafening noise one night. A man punched our door, and he took my husband away. That night, I couldn’t sleep, waited my husband whole night. Finally, my husband came back towards morning, he was desperate. People set a fire to our barbershop and the city square. We did not know what happened and why. We did not know what we will do. My children were very sick. My son and my two daughters had congenital hearing impairment. We did not have our safety needs met anymore.

That morning, after my husband came home, we thought for hours. Finally, we decided to go to the village. At least, our children were going to be safe. And we went to our village… We lived there for several months. Within that period, our children’s treatment was left half finished. By the way, I got pregnant to our last child. Sometime later, many worrisome incidents started to happen in the village. A bomb exploded in a house’s garden in the village. Meanwhile, my mom died because of heart attack. Hence my sisters went to Turkey as refugees. I couldn’t receive any news from my older brother and my younger sister. We were sleeping with lights of bullets. The village was not safe anymore. We had to find another safe place. Because, the entrance and exit of the village was going to be closed soon. We abandoned our village with our children. We did not have enough money, food… so we went to another village… to another village again… and to another village again… We escaped consistently. I was going to give birth soon. The place we went was too crowded, like we are. But it was safer than many other places. If we needed something, a man was going to another other safe place through sewer pipes, to a place where he can find what we need for survival.

One night, my labor pain had started.  But, I couldn’t give birth. There was midwife but I couldn’t. The midwife wanted my husband to bring something to help me. The last time I saw my husband was while he was talking to the midwife. A few hours later, I received the death knell of my husband. When he went into sewer pipes for the material the midwife wanted, a bomb exploded and he died.

A day my child was born, his father died. We had to go to find another safe place. We started to run away in groups. We walked for days. Finally, we arrived the border of Turkey and days later we could sleep, we did not think about death.

You cannot understand me. I had to walk with a baby and three children with hearing impairment for miles and miles. I did not know where I was going to go, what I was going to do. We stayed in a refugee camp in Turkey for 2 weeks. We were waiting desperately with other people. For a long while we did not eat. They were giving food in the camp; it was so special for me. Help was coming all the time. People sent dresses and toys. Although we were desperate, we were safe in that area.

There was a woman who distributed food in the refugee camp. One day, I asked for her telephone to call my sister. Every midday, I was calling my sister. The telephone was ringing but nobody answered me. Finally, three days later, she answered me and two days later, she and her husband came to the camp and we left that camp. We were in Sanliurfa and then left to Konya.

Turkey became a heaven for us. We lived together but we did not have enough time to spend together since my sister was poor too. Sometimes, while we were giving all food to children, we were going hungry. After a while, I applied to charities for aid through my sister’s husband. Finally, aid arrived and they placed us in a new house.

I started to hold on to life. There were good people around us. Some took care of my children who had hearing impairment. I would not be able to do anything for them or myself if we did not have those kind and helpful people. Every night I prayed for them. Now, I am in Konya. There are people who are supporting us. The other day, a philanthropist bought hearing aid for my children. And others are helping us with everything.

I hung my husband’s photograph on the wall. It wore off little bit, but still when I see it, I feel stronger. I am mother who does not know the new language, culture or people. Of course, I believe that they are good people. I am praying and will always pray for all. Because, both my family and my country, the world need goodness, kindness and peace more.

*** Photograph, of Emine’s children, is used with the request of her. 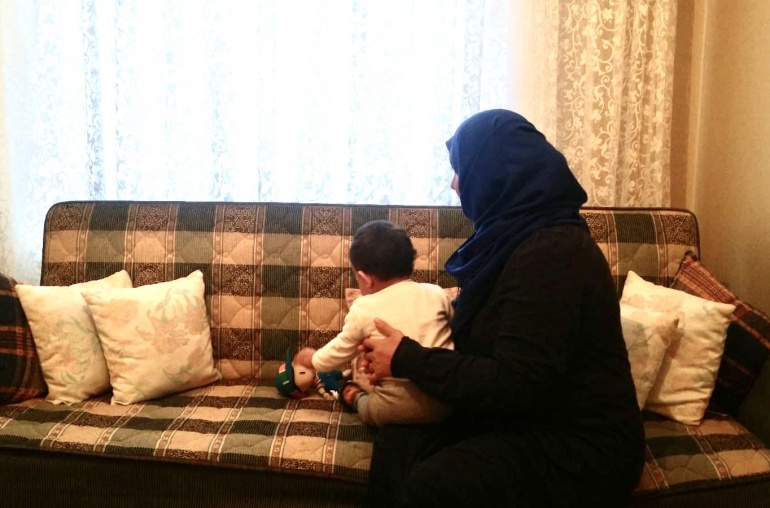 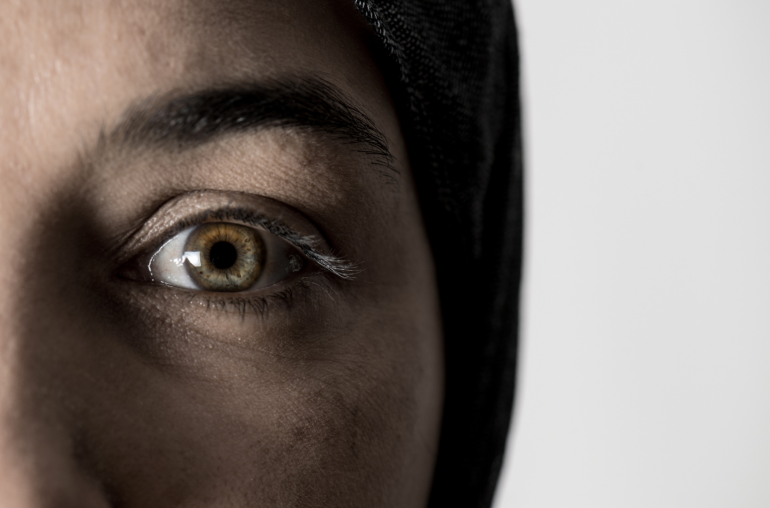