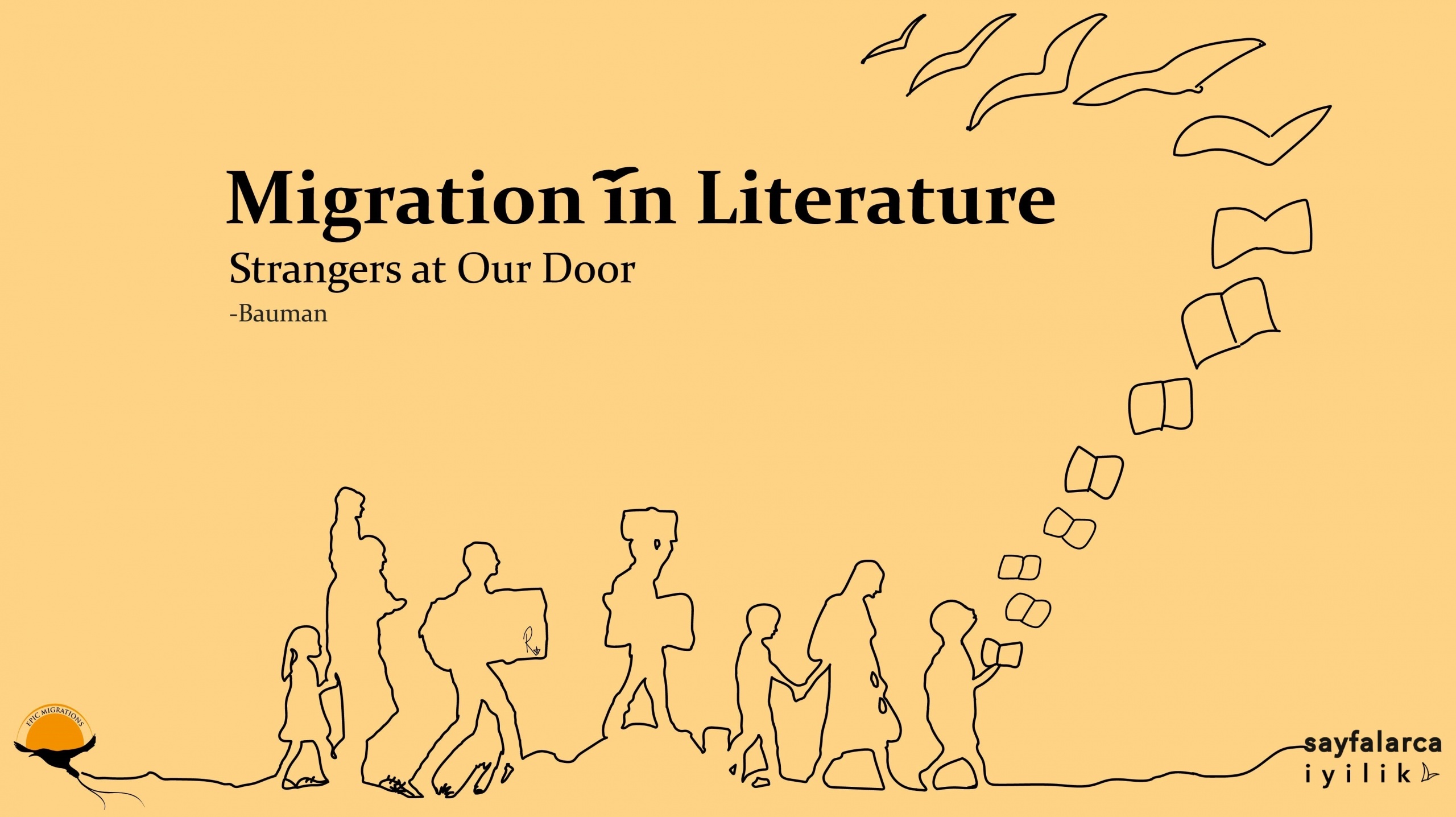 One of the books we discussed in our meeting moderated by Elif Nuran Özgün in our Migration Readings group was Zygmunt Bauman’s “Strangers at Our Door”. In this work, Bauman deals with “them” in our lives, who we marginalize in our society and the issue of immigrants who are foreign to the place where they live.

The era we live in corresponds to an era in which forced migrations are at the forefront. That’s why our moral panic among the people of our age is related to the people who migrated or were forced to migrate by leaving the country they live in for various reasons. In this context, in his book Strangers at Our Door, Bauman deals with immigration problems, the policies and negative attitudes of the world states towards immigrants, the isolation caused by the policies of immigrants, and the prejudice of the society. In addition, Bauman, who emphasizes that the fear of immigrants is constantly imposed by mass media, deals with the immigrant crisis and the fear of foreigners, which occupy the agenda of our world, in six chapters.

The first part of the book, titled “Migration Panic and Abuses”, focuses on the destructive effect of mass media as the starting point of concerns and fears in the public sphere. He points out that this destructive effect brings abuses, and he complains about the indifference of humanity and the fact that societies turn to the masses who are indifferent to the sufferings. He talks about the ridiculousness of keeping immigrants away from people and states while being used as rating material and cheap labor for the sake of self-interest.

Our author, who continues to describe the influence of the media on foreigners without changing his style and stance throughout the book and reminds the issues we need to question, says that the image of immigrants in the media is divided into two: “us” and “them”. While democracy is on our side, it ignores their existence and even wishes for their existence.

The second chapter of Bauman’s book, “A Floating Insecurity in Search of an Anchor” focuses on the concept of “security”. Bauman mentions that a new concept, “securitization”, has emerged in speeches of politicians and media. Bauman underlines that the reason why politicians concentrate so much on this concept is that they use it because it makes things easier and guarantees that it will be approved by the public even if the actions have a negative result. Stating that securitization suppresses the conscience of the people, Bauman says that a public conscience that stays silent to difficult things experienced by immigrants and the immigration issue has been created. Immigrants, who are so-called terrorists of the future as they are reflected in the public, are reflected as a threat to public security by politicians and cannot take the public conscience on their side. As Roger Cohen, quoted in the book, says in a nutshell: “Great lies causes great fears that bring great gains to great powerful men.”

In the third chapter of the book, “On Strongmen’s (or Strongwomen’s) Trail”, Bauman says that a ghost hovers over our “democratic” system and that this ghost is in disguise of a strong man or woman. He explains the term male ghost through Donald Trump. He also criticizes that the government does not and will not protect the people. The government works for great men and rich people. He draws attention to the fact that the current anxious class situation leads to more than one policy choice and one of these policies is to lean on the strong man and the other on the strong society.

In the fourth chapter of the book, titled “Together and Crowded”, Bauman creates two scenarios for us. The first one describes a world in which we will build each other by being able to survive and live, while the other states that we will fade away together by failing to learn how to respect those who are not like “us” or by refusing to learn anything at all. It is not hard to say that the main idea of the whole book is all about this, when we look at how our author deals with the immigration policies of the states in the fifth chapter, “Troublesome, Annoying, Unwanted: Inadmissible”. We see that one of the points that Bauman criticizes in this chapter is that what they are trying to solve under the name of the “migration problem” is not the problem of immigration, but the need to take control of the borders.

The last and sixth chapter of the book, “Anthropological vs Time-bound Roots of Hatred”, states that the unconditional imperative of morality was confronted with the fear of the great unknown, which was summarized with the image of stranger collapsing to the limit.

Although all ideologies, fanaticism, beliefs, and dreams have lost their importance while the cards are being dealt in the new world order, Zygmunt Bauman still keeps his hopes up and calls out to the leaders and states that the only solution is “dialogue”, since we human beings have not lost anything over the centuries, unlike all other living things. As Fikriye Çelik, a lecturer at Cumhuriyet University, said in her review, Bauman is out of our stereotypes; He reminds us that it is not the strangers at the door, but us who are behind the door, that make the world uninhabitable, and invites people to talk, free from hatred, and engage in dialogue. 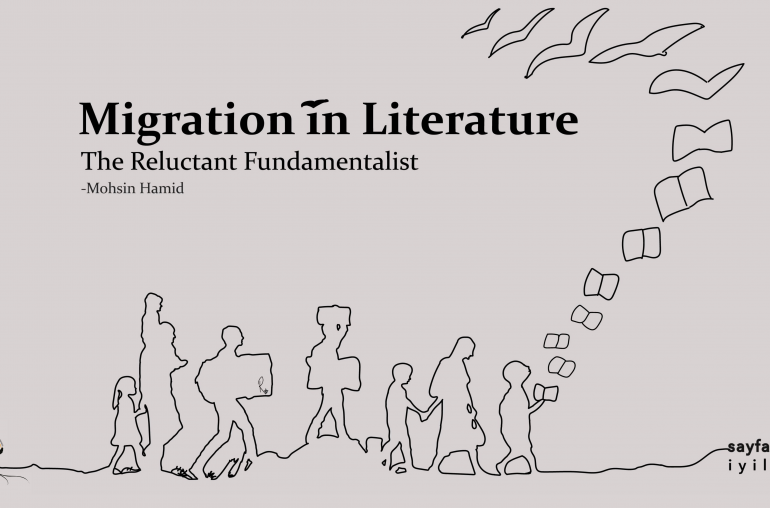